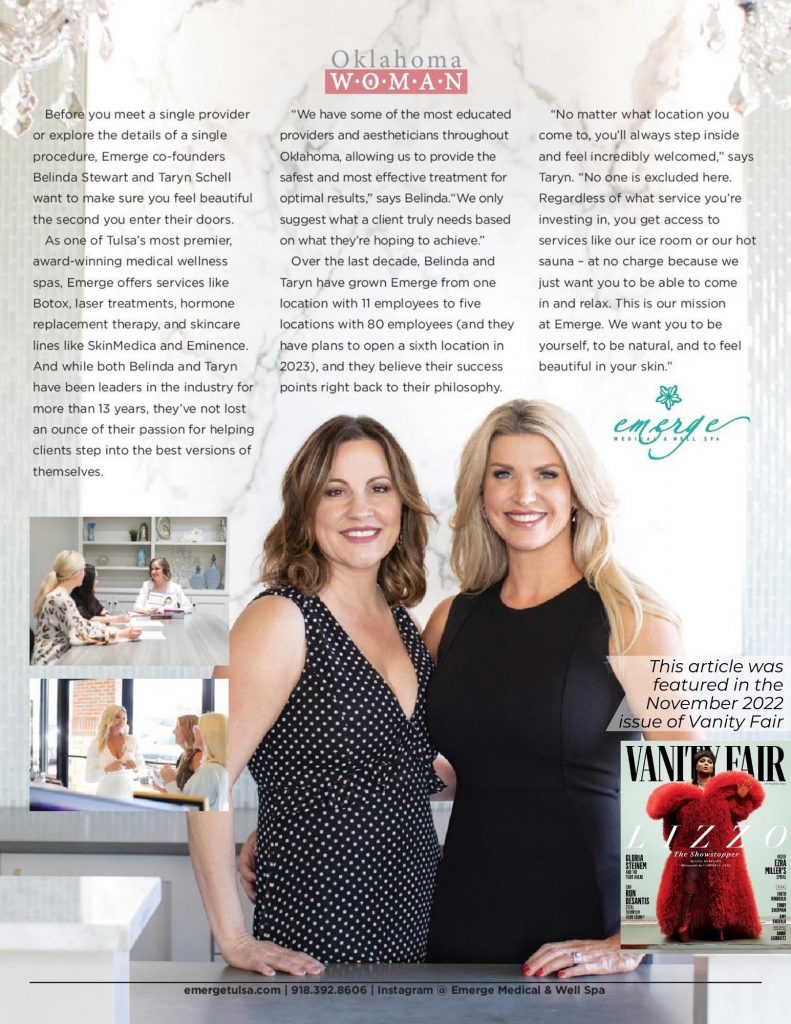 Our owners, Belinda Stewart and Taryn Schell were featured in the November 2022 issue of Vanity Fair. This featured article marks yet another career milestone for the powerhouse duo!

During the summer of 2022 Taryn received what she thought to be spam from a contact with the Vanity Fair. They were reaching out to see if she and Belinda would be interested in being featured in their November issue. Taryn laughed and thought “yea right. Vanity Fair? Who’s going to call me next, Vogue?” Little did she know it was the real deal.

After being very persistent to get in touch with Taryn, even going so far as to write her a message on Facebook, Taryn reluctantly agreed to a phone call to hear the pitch. They were looking for four female owned, prominently known businesses in the state of Oklahoma and Emerge had made the cut.

The contact explained that after her careful research she discovered that Emerge was a staple in the state and she knew Taryn and Belinda would be the perfect fit for this type of feature piece. How could they say no?

Fast forward to the fall and it arrived. There it was, in print. Belinda says she and Taryn are both still pinching themselves that this became a reality.